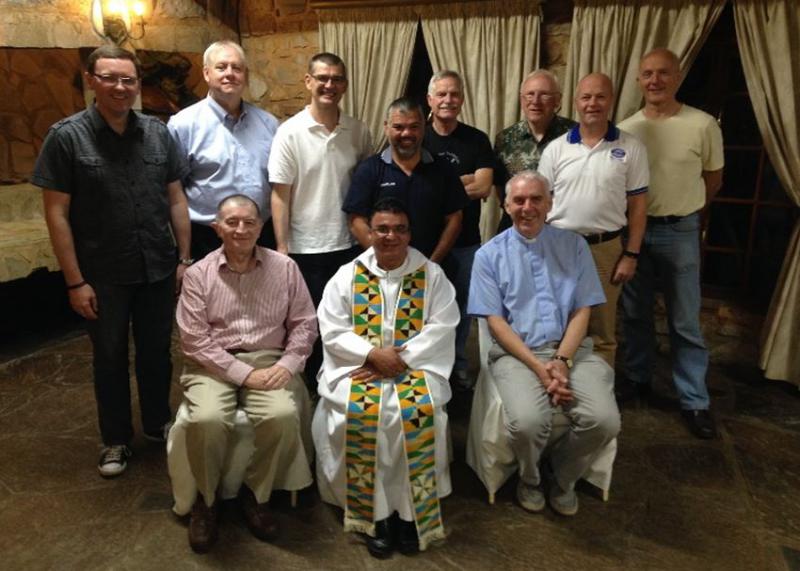 The focus of this month was the second regional directors conference which was hosted by South Africa. The regional directors from Canada, USA, Australia, Africa, East Asia and South Asia and the Gulf were joined by the new regional director from Oceania (New Zealand and the Pacific Islands).  Also in attendance was staff from IHQ: Andrew Wright the General Secretary (who is also the regional director for Europe at the moment), Ken Peters, the Director for Justice and Welfare and Ben Bailey the project manager. We were also privilege to have the company of Bishop Brian who gave some input around a discussion on Liaison Bishops as well as Peter Snow who is the retiring regional coordinator from Oceania. Peter chaired a discussion on constitutions as the Oceania region have also just adopted a regional constitution.
The summary and conclusions of our discussions will be discussed at the next CRC meeting in November in Cape Town.  Stations/Centres will have a chance to debate and decide on how we will continue to minister to seafarers not only in our region but also what standards and norms we need to adopt for the ministry around the world.
Captain John Woodend retires
Cap Woodend who has served Mission to Seafarers in some capacity retired in June this year. Cap Woodend relationships with MTS started when he became a seafarer in 1956.  On a visit to Walvis Bay from his home town in England he was made a member of the Deep Sea Flying Angel by the Chaplain in Walvis Bay.  In 1966 when he and his family decided to immigrate to South Africa and settle in Port Elizabeth Cap Woodend represented the Mission in many a cricket and football game against visiting seafarers.  In 1982 he moved to Walvis Bay and become a Lay minister who was tasked to serve both the local Anglican Church as well as MTS. He was licensed by Bishop Tutu.  In 1984 he was transferred to Saldanha Bay and soon discovered that there was no Mission to Seafarers ministry in the Port.  He started a discussion with a local priest, Rev Reg Scott and eventually they opened the doors of MTS in Saldanha Bay in the same building that it is using today.
Cap Woodend writes: "Similar principles as are observed today were introduced initially where the Mission through the Church would supply a peaceful environment for the seafarers to relax and spiritual guidance when required, Transport to and from the Mission would be supplied with a charge being levied to the ships Agents for this service. "
A brief stint in Cape Town from 1993 to 2000 saw Cap Woodend continue his involvement with MTS while servicing on the management committee in Cape Town.  In 2000 he returned to Saldanha to help revive the centre and went on to serve both as chairman of the management committee and honorary chaplain.
Tribute was paid in a service at St Andrews to the amazing commitment and work that Cap Woodend has done over many years for Mission to Seafarers.  Bishop Brian our liaison Bishop conducted the service and presented Cap Woodend with a certificate of appreciation.
This story once again highlights the enormous value of finding volunteers who are passionate about ministry to seafarers.  It also reminds us about being committed to try to create sustainable ministry  - Cap Woodend was part of creating something that will hopefully serve seafarers in Saldanha Bay for years to come.
Sea Sunday 2016
Speaking of volunteers – a group of mainly volunteers met last week to begin to plan for next year's Sea Sunday celebrations. At our triennial we identified Sea Sunday as a key objective for the next three years.  There was a desire for us to draw closer to the Anglican Church and to begin to tell our story. We hope to be able to do this next year on a much larger scale than before.  IHQ have identified a theme around the likes of “looking back in the past in order to look into the future” The theme should be finalised in the next couple of weeks and we hope to have material and resources ready early in the year – watch this space.
In closing we will meet as the CRC in Cape Town on 25/26 November.  I look forward to seeing some of you in person again.  For those who will not be attending please keep us in your prayers as we chat and discuss about how best we need to develop this ministry in order to be able to "share God's love and grace with seafarers by caring for them in the many difficult and challenging circumstances they encounter"