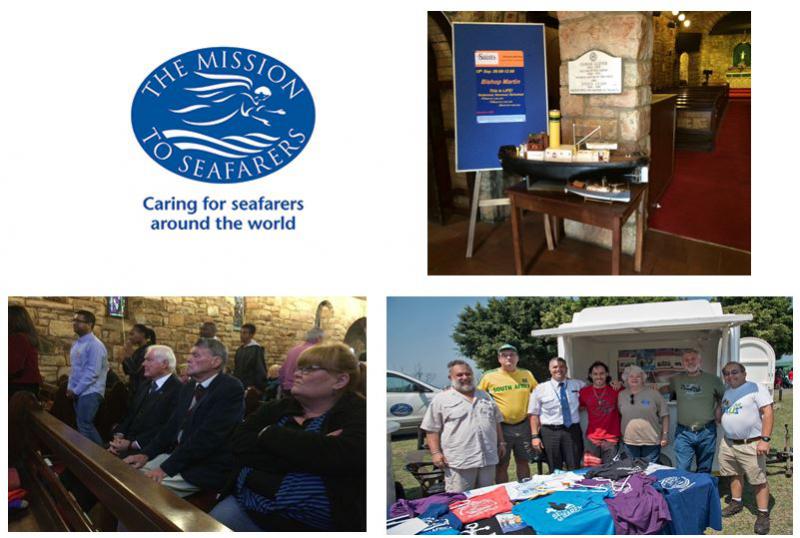 I had the privilege this month of speaking at a few churches and groups and sharing the work of Mission to Seafarers.  I realised again how important this type of interaction is.  The more we tell the story of what God has called us to do, the more opportunities we create for people to respond and reach out with us to help seafarers.
Durban Golf Day
I was invited to play in the Mission to Seafarers golf day this month.  Not only does this golf day raise valuable funds for the work of the Mission around the region, it also was a great opportunity for the work and ministry of MTS to be told to the Durban community. This year a full field meant that over R50 000 was raised which helps support the work in Saldanha Bay and Port Elizabeth.  Our thanks go to the MTS Durban committee for all their hard work and dedication.
Port Review in Dar as Salem
One of the services that International Headquarters offer is to undertake to review ports around the world. This review allows the region to gather valuable information concerning a specific port and then make informed decisions with regards to future development and planning around ministry and centre development. We are privilege to have Ben Bailey visiting Dar at the moment to conduct such a review.  We are confident that the information that he provides the region and the local management committee will help us ensure we make informed decisions moving forward.
Sea Sunday in JHB
I was privileged to be invited to St Luke’s Church Orchards Sea Sunday Service at the beginning of September. I was able to share about the ministry of Mission to Seafarers in both services and to chat to some of the congregation after the service. One congregational member was especially pleased as her daughter is a seafarer and has had first-hand experience of the care and support that MTS offers to those who sail around the world. The congregation handed over 10 knitted teddy bears with the promise of more as well as a commitment to knit beanies. My thanks go to John Edwards for organising this visit and for continuing to fly the Missions flag in Johannesburg.
Richards Bay Port Festival and March for Jesus
The chaplain of Richards Bay has been rather busy in two community events that took place in the town over the last couple of weeks.  The Mission took part in these events and where able to raise awareness of the work that they are doing in the Port of Richards Bay.  Mark reports that they manage to attract two new folk who signed up to become members of the Centre.  I would like to encourage us all to continue to look for opportunities such as these to connect with people in the community.  I have realised during my time in MTS so far that we cannot just rely on big co-corporate support to ensure the sustainability of the ministry.  We need local people who are moved by God to reach out the seafarers that are visiting their ports each day. It is from these people that we will find out next committee members as well as the resources and talents to drive and support our fundraising events.
On a rather sad note Cap Gordon Oxley who was the chairman of the Richards Bay management committee for many years passed away last week.  Our prayers are with Ann his wife and also for Rev Jaco Dreyer who will conduct his memorial service on Tuesday.
Crisis Teams visit to Nigeria
As you are aware a crisis team has been established in Durban to assist traumatised Seafarers after piracy attacks and other crisis at sea situations.  The centre received a report that the crew of the MT Maro had been arrested. On a routine voyage from Ghana to Cameroon ‘MT’ Maro's engine became unserviceable and they made for the port of Bras in Nigeria where they anchored.
Apparently Bras had insufficient draft and it was feared that she would run aground and unconfirmed reports say she actually did. The Captain, hoping that the Nigerian Navy would assist them, found instead the Navy detaining them on 25 July 2014.
Despite efforts from the family of the crew to have them released nothing has been done as yet.  The crisis team was therefore approached for assistance by MT MARO’ Chief Engineer's daughter, Sailors' Society Project Director, MPHRP UK, the Nigerian Seafarers Welfare Board, ITF Nigeria and MPHRP London.
The team consisting of Rev Boet van Schalkwyk (ISS) and Rev Thami Tembe flew to Nigeria and were allowed to visit the seafarers in Yenagoa Prison.  To their surprise they found not only the 11 crew from the Maro but in total 38 seafarers from 4 ships.  Most are awaiting trail and some have been in prison for as long as 3 years. They were able to distribute empty toiletry bags for storing their toiletries, daily devotional books and current news magazines as well as recording their names, vessels and status.   They also held a communion service before leaving the prison which was apparently very moving.
They hope that the contacts that they in Yenagoa will allow for continued ministry to the imprisoned seafarers as well as create awareness of the current plight.
Please continue to pray for these 38 seafarers that there trial dates would be set so that they be released and sent home to their families.  Let us prayer for the local and prison chaplains who will continue to follow up the work that was begun by the visiting team.
In closing Rev Jaco Dreyer who has the ministry portfolio on the CRC Executive is trying to start a newsletter for the region.  This could be a useful resource for all of us as we engage our communities in telling our story of the work and ministry of Mission to Seafarers.  If you have any photo’s or stories (not matter how small) could you please send them to him. (jacodreyer@telkomsa.net)